Beagle Building BV started with a collaboration between Ruud van Spronsen, PCS Design & Construction and Marc Schellekens, LabHotel. During the opening of Beagle Zernike Leiden, March 2016, it was agreed to investigate whether a Beagle development in combination with LabHotel would have a right to exist in Rotterdam. A combination of extensive expertise in the field of real estate and construction, Van Spronsen, and extensive expertise in the field of laboratories, Schellekens, is an obvious combination. The very limited presence and demand for laboratory facilities in Rotterdam led to the establishment of Beagle Building BV.

At the real estate fair Provada, June 6, 2018, the team Beagle Marconi and the Port of Rotterdam Authority signed an agreement for the development of 3 Beagle flexible laboratory / office buildings on a plot located at Marconistraat, Rotterdam Makers District in the Merwe Vierhavens area. 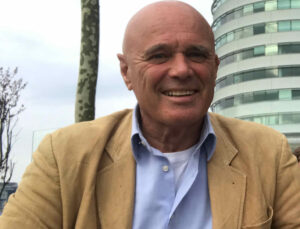 Ruud van Spronsen was born in Voorburg and grew up in The Hague. Graduated 1977 as Ir. Civil Engineering at Delft University of Technology.

In 1978 he joined HBG as project manager for non-residential construction projects and grew up to Deputy Director in 10 years. In 1988 he resigned to start a business.

A start was made with PCS Design & Construction. Designing, building, working according to GMP. Realization of cleanrooms, laboratories and life science centers. Turn-key delivery as rental or purchase. Under PCS Design & Construction, the Beagle concept was developed in 2000 and VOF The Beagle was founded. A Turn-Key multi-tenant laboratory / office buildings for (Bio)Technological companies. Beagle Darwin was delivered in 2006, Beagle Zernike was delivered in 2016. 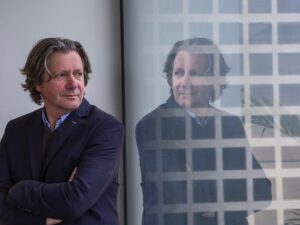 Marc Michel Schellekens was born in The Hague. Grew up in Voorburg. Visited St.Maartens College and Huygens Lyceum after which he completed a Higher Laboratory Education course in Delft.

In 1981 he joined TNO, Medical Biological Laboratory, Rijswijk. After a career of almost 20 years in various institutes, various business units, various positions, at a final position as Manager Preclinical Science, he resigned in 2000 to start his own business.

A start was made with SkinTec BV, active in the development of a remedy for diaper rash based on potato proteins. Exponential Bio Therapies BV, now as Micreos BV, was also started, a company engaged in combating (multi-resistant) bacterial infections. Marc was asked to set-up the lab activities for the Artemis one Health knowledge institute in Utrecht.

In 2011, TyBin VOF was founded and is active in the field of waste collection at events using. a patented waste bag that is produced at the sheltered employment facility in Rotterdam.

In 2012, LabHotel was established in the old office building of the Port of Rotterdam, better known as Europoint 4, Marconistraat. Now known as Rotterdam Science Tower

Mycology Solutions BV was founded in 2019, active in the development of a new family of medicines aimed at (resistant) fungal infections,

Beagle Building was established for the development of the Beagle life Sience Centers concept for multi-tenant Laboratory/Office buildings,